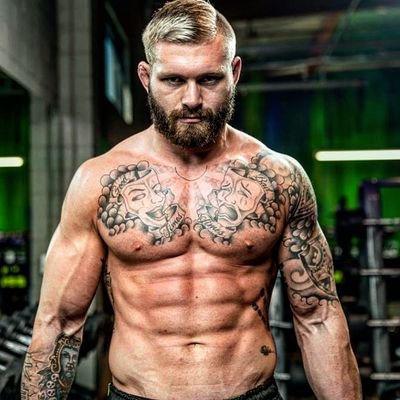 Gordon F. Ryan III (born July 8, 1995) is a New Jersey (USA) born Brazilian Jiu Jitsu (BJJ) practitioner and submission grappler. He is a member of the so-called Danaher Death Squad (DDS). He is currently on a more than 2 year no-lose streak over 40 matches (includes 2 draws at Quintet 3). He is the current reigning ADCC -99 kg & absolute champion.

Ryan began training in Brazilian Jiu-Jitsu at the age of 15 under Miguel Benitez. He soon switched to train under Tom deBlass. Months later, as a four stripe white belt, he met Garry Tonon. Tonon had just received his brown belt and was deBlass’ most accomplished student to date being regarded as one of the rising talents in the sport. The two grapplers became good friends and as Garry started coaching at the Brunswick BJJ academy, Gordon joined his classes.

With Garry Tonon’s growing influence in Gordon’s grappling style, as a purple belt, Ryan started traveling to New York regularly to train with another one of Garry’s mentors – John Danaher. The Renzo Gracie Academy head coach and his methodology were also a big part of Ryan’s success.

After a stellar 6-month brown belt run, where Ryan won important tournaments such as the Newaza Challenge and the World Championship, Gordon was awarded his black belt by Garry Tonon (February 2016) in a ceremony supported by the presence of Tom deBlass,  and Danaher – who shareesponsibility of the new belt rank.

On April 24, 2016, Ryan won the Eddie Bravo Invitational Championship, defeating world champion Yuri Simões and noted grappler Rustam Chsiev on the way. Ryan next faced top USA grappler Keenan Cornelius in a no time limit, submission only match where Ryan was able to upset Cornelius and submit him with a heel hook.

In September 2017 Ryan competed at the prestigious ADCC World Championship. He took gold in the -88 kg weight category, defeating Dillon Danis, Romulo Barral, Xande Ribeiro and Keenan Cornelius. He also took 2nd place in the absolute division, submitting all his opponents on his way to losing to Felipe Pena in the final.

He would go on to win another EBI title and defeat Yuri Simões in a superfight at Kasai Pro to wrap up 2017.

In September 2018, Ryan competed at the IBJJF Pan No-gi, winning both his weight class and the absolute division all by submission. Ryan led Team Alpha Male's victory in Quintet's 2018 Tournament, Quintet 3. Ryan’s submission victories against Josh Barnett and Marcos Souza saw Team Alpha Male advance to the Finals. His submission victories against Craig Jones and Vítor Ribeiro earned his team's ultimate victory in the tournament. He also competed at the IBJJF Nogi Worlds in California, again taking gold in both his weight class and the absolute division.

In 2019 Gordon Ryan competed in a superfight against Joao Gabriel Rocha at KASAI Super Series in Dallas, Texas. Gordon ultimately won the match, but during an exchange there was an entanglement where Gordon was attempting an entry for a heel hook and his knee popped multiple times and tore his LCL. This injury was expected to keep him out of competition for about 6 months.

In September of 2019 it was reported that Gordon injured his hand in a freak accident with one of his motorized bikes. The tire became flat and he decided to carry the bike on his shoulders. When he went to hoist the bike on his shoulders the throttle stuck and sucked his hand in between the tire and fender leaving him competing at ADCC with one hand heavily bandaged and injured. Despite the injury he went on to win the -99kg division. He beat Ben Hodgkinson, Tim Spriggs, Lucas Barbosa and Vinicius Ferreira. He would then move on the absolute division where he would claim gold following victories over Pedro Marinho, Garry Tonon, Lachlan Giles and Marcus Buchecha Almeida.

See all of Gordon Ryan's instructionals on BJJ Fanatics.